Responsive web design is no longer an option but a must

Instead of designing multiple websites for varying screen sizes and processor speeds. It is now possible to design one website that automatically adjusts itself to fill the space of the users screen. This saves development time and ensures the users get the best experience possible. No longer is it needed to treat mobile users any differently than desktop users.

To view an example of responsive web design, try resizing the width of the Fastrack Group website. You will see images resize themselves, navigational items collapsing and text blocks filling available spaces.

Ready for your digital transformation? Talk to us today! 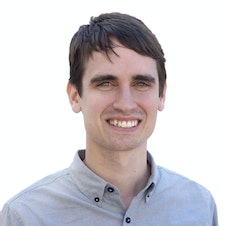 Jeremy Morris is the Front End Developer at Fastrack Group. He joined the company after completing a Bachelor’s degree in Art and Design, following a Masters in Information Technology. His fresh take on IT and design carries him as an invaluable member of the Fastrack team, working with a vast range of clients every day. If you catch him in his spare time, you’ll find Jeremy is a keen fisherman around the Sunshine Coast.

Discovery Phase: What is it and Why you need it

Want to see what we can do? Let's have a conversation!

Get in touch today